THE PERIOD HANDBOOK FOR DADS

THE PERIOD HANDBOOK FOR DADS

CHALLENGE
The tampon manufacturer o.b. wanted our help to make their brand more relevant among young women in Sweden. The problem as they phrased it was that ”o.b. used to be the brand for modern women but now isn’t in touch with the reality of women and trends anymore”.

IDEA
We created a handbook about periods aimed specifically at fathers. The Period Handbook for Dads, a clever and pocket-sized book filled with facts and tips that helps dads support their daughters at a crucial time in their lives.

Research showed that only 7% of young girls in Sweden preferred to talk to their dads when they were sad and that 90% wished their dads had more knowledge about periods. This led us to not target our main audience directly, but rather tell their dads to step up their game.

RESULTS
The books were sent to 100 famous fathers with young daughters, and handed out at festivals where it was welcomed with open arms by daughters, dads and influencers who were happy to talk about the book in their social channels. During the campaign we had to do a second print due to an extremely high demand. We also received requests for the book to be translated into both English and Arabic from girls who wanted their non-Swedish speaking dads to step up their game. 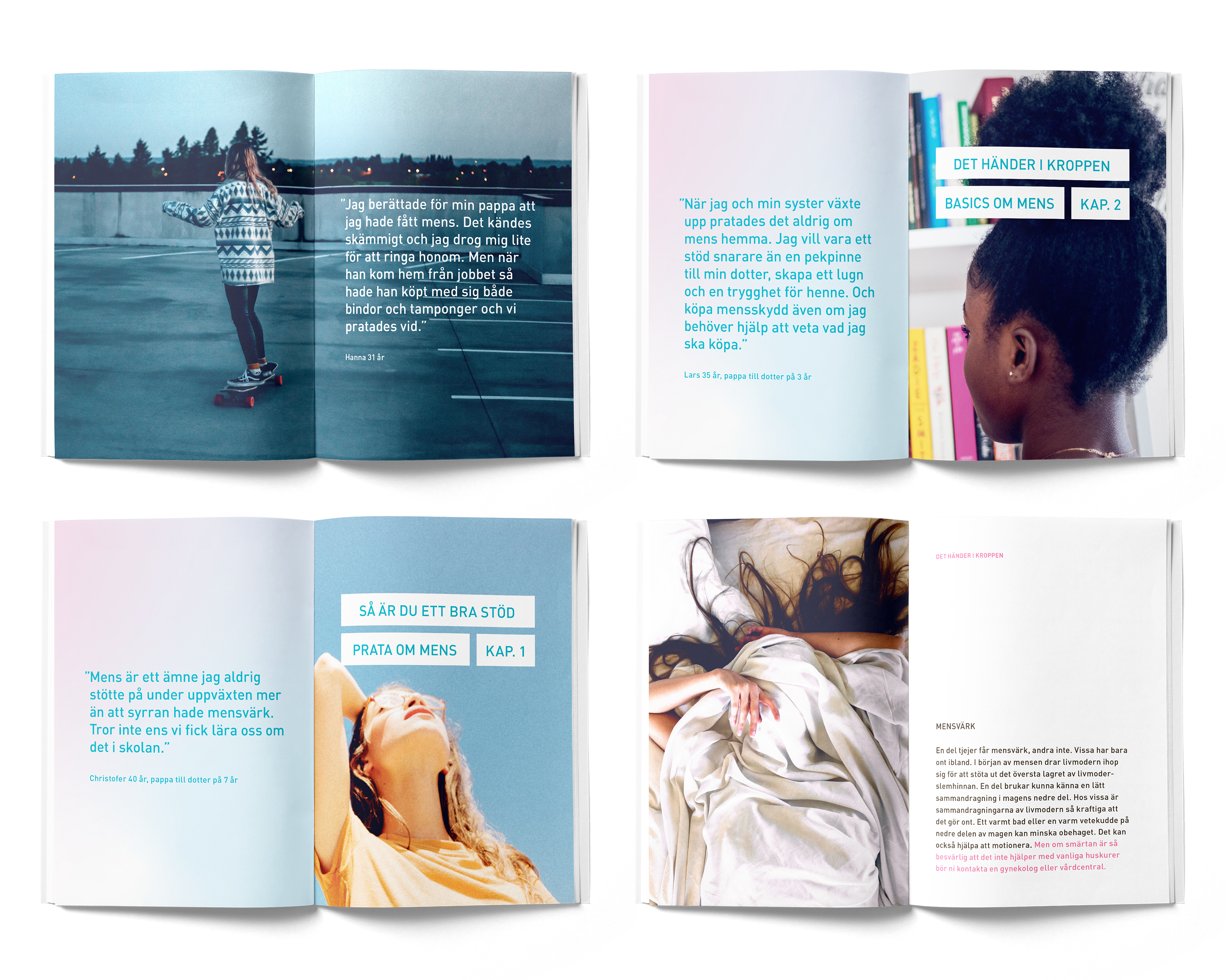